This is general update about some changes to the stores.

Eat Me Ink Me will be closing shops for the Hellocon leave as well as for Urban Fairytales leave (it will be open between the events) and orders might go a bit slower than usual during these times. Please forgive me in advance, if that happens, but I hope you will understand.

After we re-open the shops post Hellocon, there will be only limited amount of Old Master’s prints available. I am regrouping the series and “throwing out” some of the less desirable prints (subject and print quality-wise) and will be introducing two new prints along with two of the previous ones (possibly more on tictail, but etsy will have just those 4 prints available). If you have specific desires to keep any of the “cut” prints, let me know, I might reconsider to keep them for the tictail shop!
Here’s the reworked prints, that will be available after “the cut”:

All skirts, of course, will be available in both short (~55 cm) and long (~65 cm) versions. Here’s a little closeup, so you might see the slight changes that I made to the previous prints, to impruve them. As you can see the colors are a bit brighter, to make them “pop”:

Here’s also some previews of the new print on fabrics: 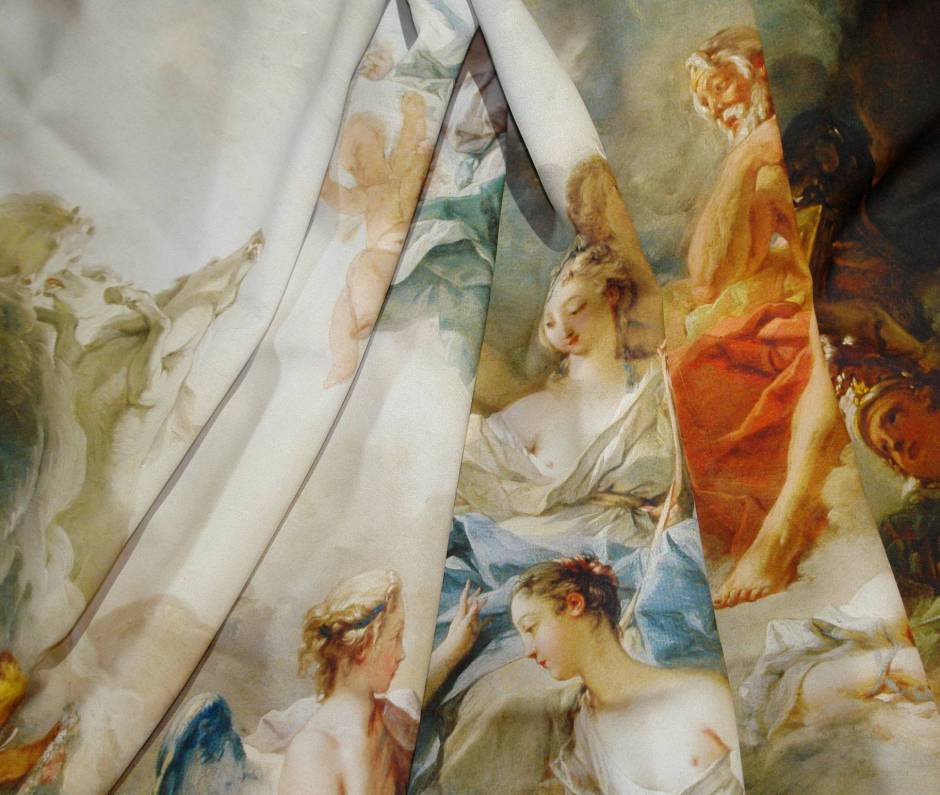 The Magical Mermaid series are well on their way (prototypes in the making, if you want to see sneak peeks, then follow EMIM on instagram) and I can’t wait to show you guys! But on a side note, I wanted to mention, that the pieces will not be available after the pre-order. I might do the pre-order in two sets, because I have something planned for this series, but I don’t want to mention it, as I don’t want to jinx it ^^ Either way – if the first pre-order is a success, then there will be a second one. c:

Another change, that will take place is – I’ll be closing custom commissions, that are out of the Eat Me Ink Me custom designs. That means everything, that I don’t already offer. I might consider doing something as a spin-off from the original designs, but nothing unrelated. If we’ve already discussed a commission – don’t worry, I’m still making those, but as soon as I’m done, I will not be open to commissions until further notice.

I’ve had requests about both Alberta series and Midnight Rhapsody series. Here’s the short version of the story: Midnight Rhapsody will be re-released before Halloween (as last year) in updated designs, but will not be available after the pre-order, so plan ahead, if you will want a piece of the collection. Details on that are still to be decided and announced.
I am also considering updating the Alberta print (in different colors, as well? What would you like to see?) and re-releasing it next year in new designs, but that is not yet decided fully. If you’d like me to do that – please let me know in the comments or anywhere over the social media.

That’s all for now, I hope things got clearer for some of you, who had questions. If you have any more – don’t hesitate to ask! ^^